Another benefit of shifting the testing left is a growing increase in the adoption of performance testing in software teams. But many of these new users demand tools that fit nicely into their everyday workflow, allowing them to test regularly with minimal effort. Traditional tools like JMeter and LoadRunner didn’t fit that well, and instead, they are turning to a new generation of tools, like k6.

k6 is a free and open-source load testing tool aiming to make performance testing a productive and enjoyable experience.

The tool is scriptable, and k6 tests are written in Javascript, giving the ability to write your tests in one of the most well-known programming languages around.

A powerful scripting language and API present the necessary flexibility to mimic real-world scenarios in your scripts. Since applications and systems continuously evolve, having the ability to modularize your tests will dramatically enhance the efficiency of your testing process. 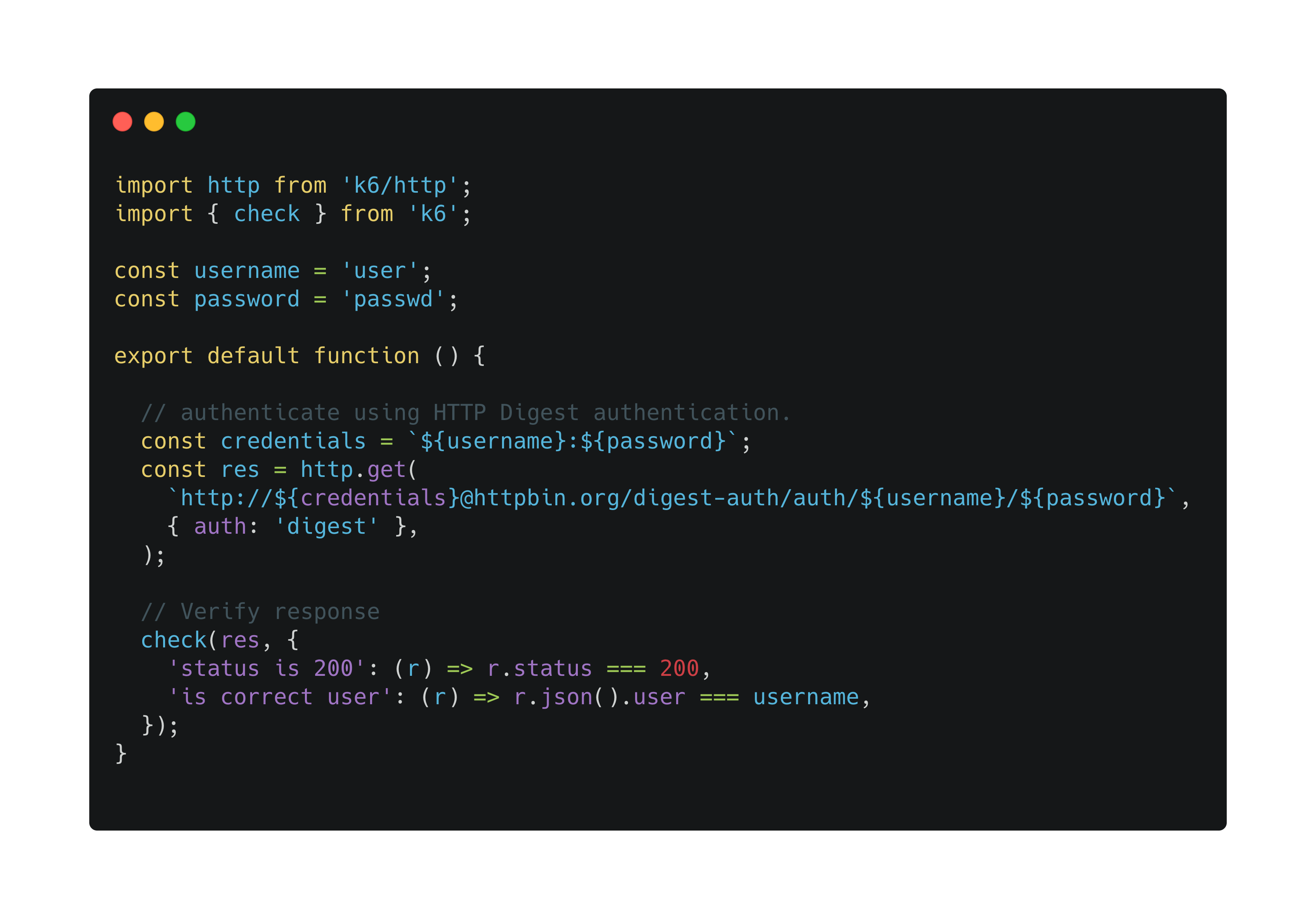 k6 is a Command Line Tool available for Windows, Linux, and Mac. Alternatively, there is an official Docker image.

Running a performance test with k6 is as simple as running a bash command:

A few notable scripting features are:

As most sophisticated load testing tools, k6 has a session recorder that facilitates the creation of load tests from a user session. You only need to provide a HAR file from a browser or user session, and the recorder will create the k6 test for you. This is particularly helpful if you are load testing websites.

Additionally, other tools can help you to autogenerate k6 tests from different technologies:

Although you don’t need to use the recorder and converters to start testing, these tools could help to onboard your team into k6, or script your tests, faster. 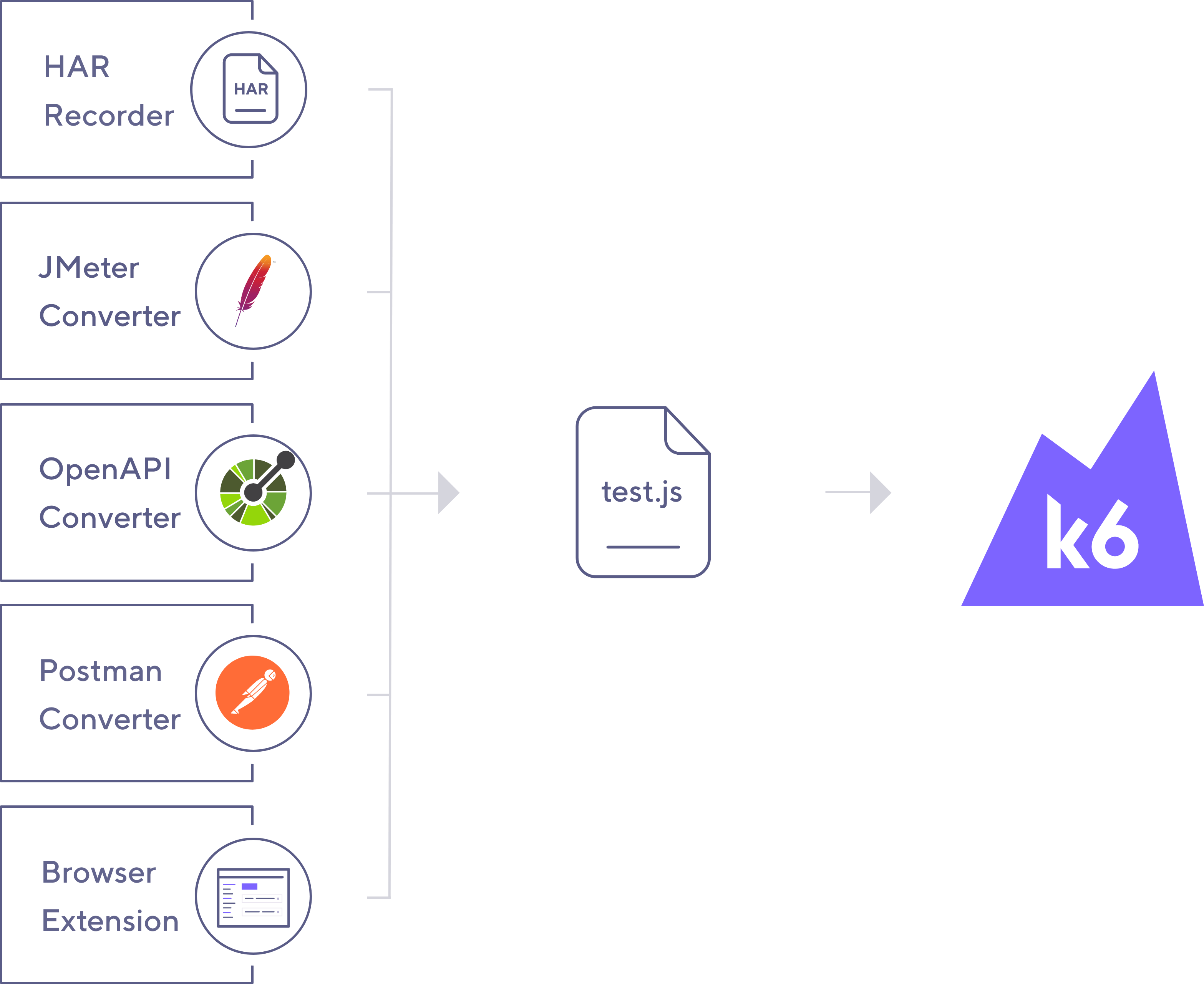 By default, k6 outputs the result to the console. Additionally, several integrations are available to help you during the analysis and visualization of your test results: 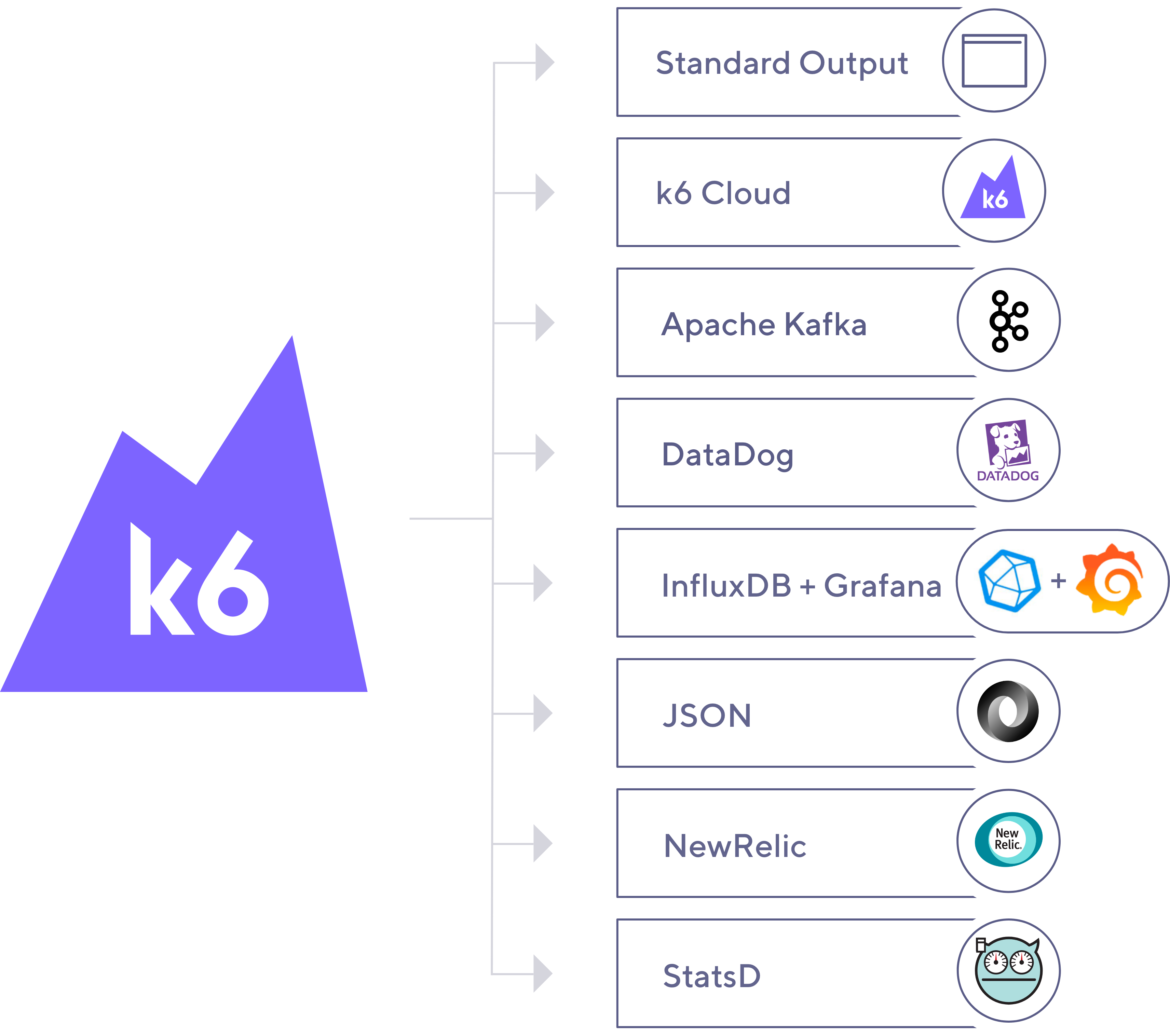 In the testing community, automation is the end-goal for many organizations. When your application and system changes, automating and running frequent tests will help you catch performance regressions earlier.

The documentation provides guides for most popular CI/CD tools, allowing you to effortlessly integrate k6 into your CI pipelines.

The k6 team believes that making testing goal-oriented is an indispensable requisite for automation. When running automated tests, your test’s primary purpose should be first to validate the performance expectations of your system, and second, to alert you if the system does not meet the performance goals. For example, validating that:

In k6, you define these expectations with Thresholds in your test. If your system does not reach them, k6 will inform you about the failure returning a non-zero exit code. 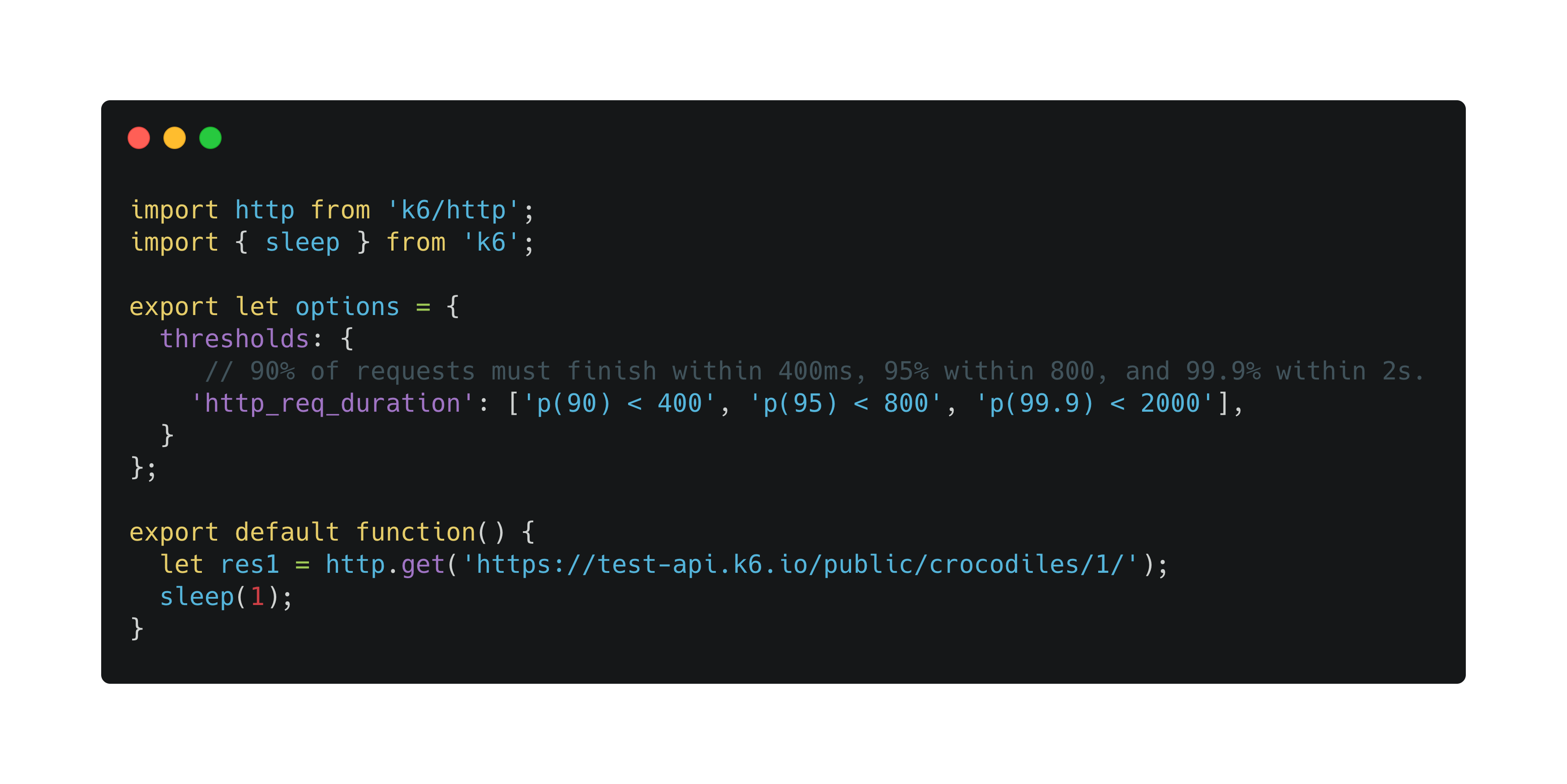 If you want to learn more about this topic, read the k6 guide for performance testing automation and the Thresholds documentation.

k6 Cloud is the commercial SaaS product that accompanies the open-source k6 tool. k6 OSS is free to use and has several integrations to manage load tests in your own infrastructure. The k6 Cloud is an optional service that provides the load testing infrastructure and systems to help you with your performance testing efforts.

To understand better what the k6 Cloud is, let’s enumerate a few of its features: 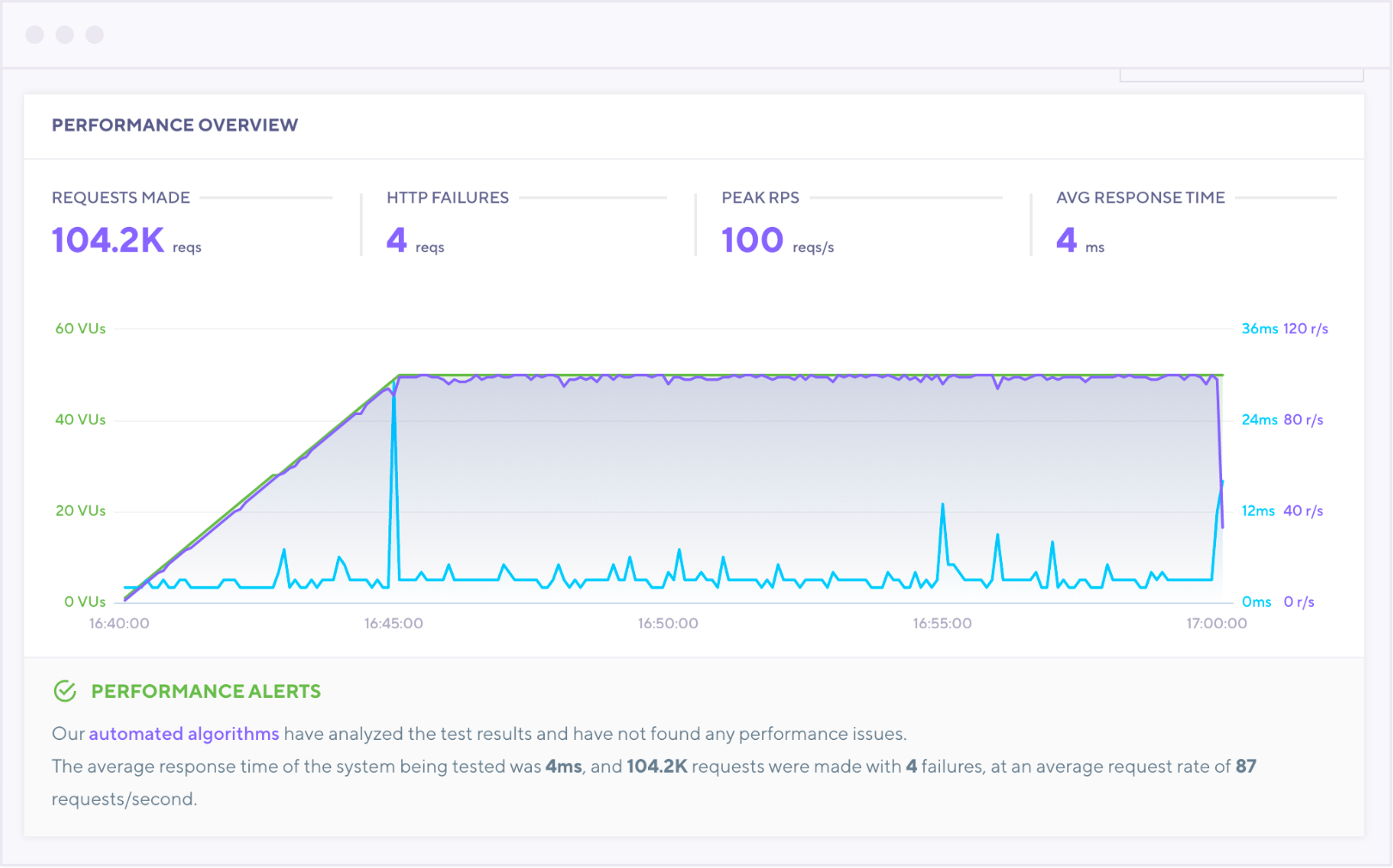 The k6 community is genuinely supportive and helpful - the force behind the success of the project.

If you are starting with k6, do not forget to reach them in Slack or the community forum for any type of questions. There are several channels and categories for different topics like #grafana, #documentation, #feedback, #discussion, etc.

This post aims to present an intro of k6 - one of the most exciting load testing tools. If you want to learn what more has k6 to offer, we recommend reading the k6 Docs.

With only four years of life, k6 has become feature-rich and competes with well-established tools, gaining stellar adoption in developers, DevOps, and testing communities.

The k6 team and community have built a developer-centric performance testing tool that meets the demand and needs for a new era.

Gatling - How to Save Response Body